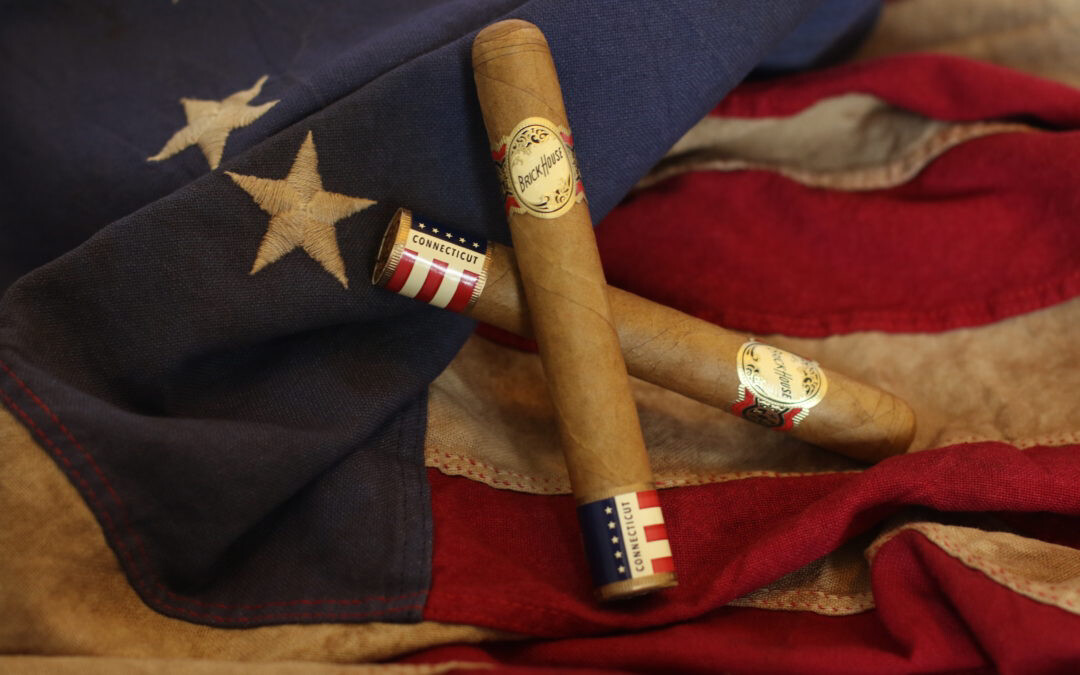 For nearly 400 years, farmers have grown premium cigar tobaccos in the Connecticut River Valley outside of Hartford. William Thrall was one of the first settlers in Connecticut shortly after it became a British colony. In the 1640s, he started growing tobacco on his plot of land and began a legacy that has now spanned more than 10 generations. In 1911, his descendant, O.J. Thrall, helped develop the method for growing tobacco under the cloth – what we know as Connecticut Shade – to produce fine, smooth wrapper leaves. We proudly wrap Brick House Double Connecticut with Connecticut Shade grown by the Thrall family, the authentic pioneers of Connecticut Shade.