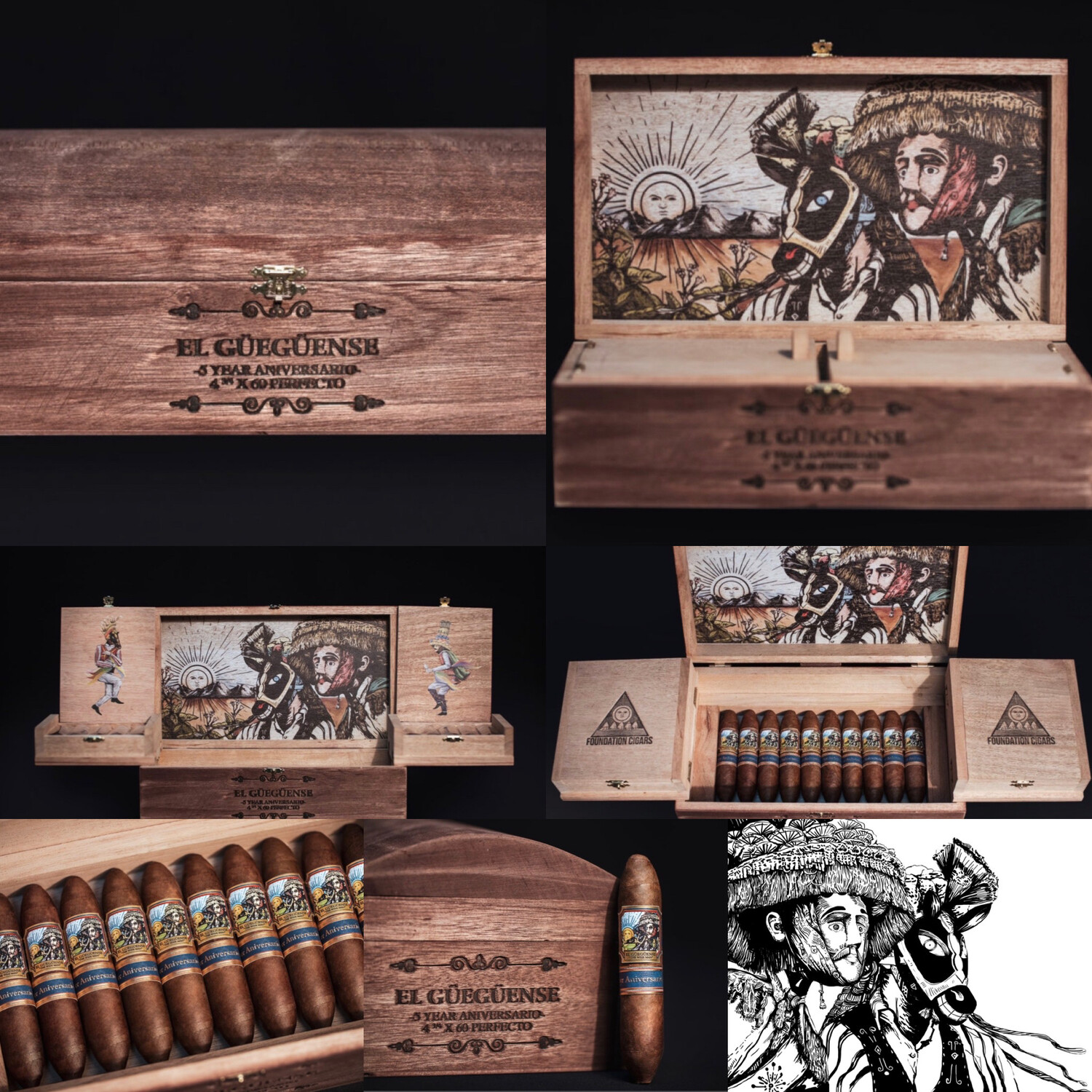 In September of 2015, Nicholas Melillo released Foundation Cigar Company’s debut offering: El Güegüense (el-way-when-say) or “The Wise Man.”  A 100% Nicaraguan Puro that celebrates the nation’s land, people, and traditions, it takes its name from the cunning protagonist of the country’s annual Festival of San Sebastián.  Fans of the cigar treasure its smooth, balanced, and distinctively Nicaraguan flavor.

“Moving to Estelí in 2003,” says Melillo, “made a profound impact on my life. For my debut release, I wanted to pay homage to Nicaragua’s unique culture and its rich and flavorful tobacco.”

El Güegüense debuted to a Top 25 ranking from Cigar Aficionado, establishing Foundation’s reputation for quality.  The Maduro expansion of the line would go on to earn Cigar Aficionado’s #3 ranking.  Both the Corojo and Maduro respectively achieved Halfwheel’s #1 Consensus Cigar of the Year.

To commemorate Foundation’s 5-year anniversary, Melillo has blended and designed a limited edition 4 ¾ by 60 Perfecto in a one-of-a-kind collector’s chest.  The 20-count box, resembling the one held by The Wise Man during the festival’s Great Dance, represents the hard-work, ingenuity, and deep cultural wealth of the Nicaraguan people.

“This box is one of the most unique I have seen in all of my years in the industry,” said Melillo.  “Foundation’s art director, Thief Operandi, did an amazing job on the artwork.  It perfectly complements this rich, elegant, and complex blend. This is a true collector’s piece.”