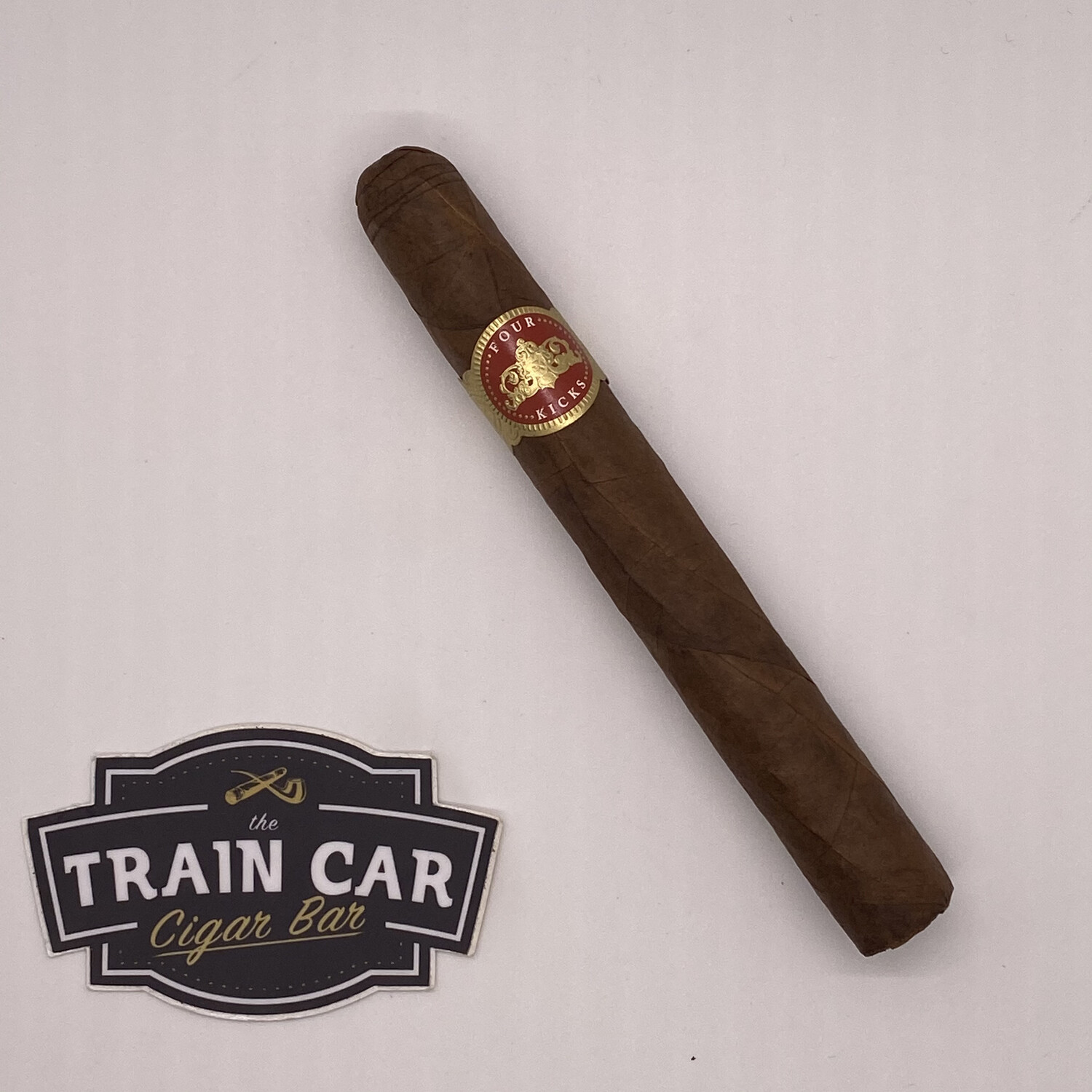 “You with your switchblade posse /
Iʼll get my guns from the South /
Weʼll take to the yard like a cockfight /
Four kicks whoʼs strutting now?”

These are the words that were the inspiration behind Crowned Headsʼ first cigar brand release, “Four Kicks.”

It was towards the end of 2010, and my colleagues and I were in the midst of a tumultuous period of uncertainty, transition and change. The company that we held dear to our hearts, CAO International, Inc., was caught in the middle of a corporate merger between Swedish Match and ST Group (CAOʼs parent company at the time). The very foundation that CAO had been built upon–people, relationships, integrity, and loyalty–were being stripped away. The end result would be that many people whom we considered as ʻfamilyʼ would soon be unemployed and CAO would find itself being taken away from its hometown of Nashville, TN, and relocated to Richmond, VA.

When you see some 15 years of your lifeʼs work–your heart, passion, and joy–coming to an end, youʼre filled with many emotions. The song, “Four Kicks,” really spoke to me.  It was filled with anger, rebellion, confidence, and determination. These were the feelings that inspired us to forge together and create what would later become “Crowned Heads, LLC.”

Four Kicks is a brand that was born as a rebellious child, evolved into an angry adolescent, and finally matured into an adult whoʼs personality centered around excellence, confidence, and determination. In a way, the final blend we selected smokes in this same manner. It opens big, bold, and in your face. It then takes you on a ride of complexity, richness, and finesse. It finishes bright and clean and leaves its fingerprints on your palate to remind you that it was there.

Four Kicks is about sticking to your guns, and remaining loyal to those whom you love, and the hometown that brought you to the dance.

Four Kicks is about turning your back on the corporate machine, and making your own rules.