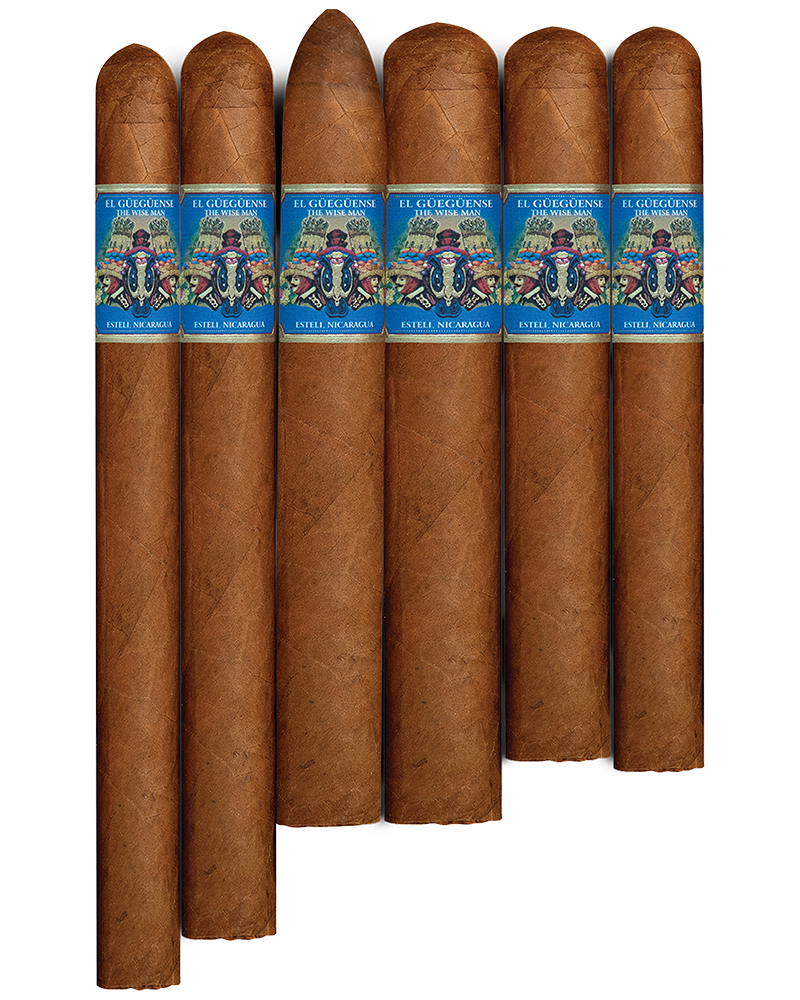 El Güegüense or “The Wise Man” is a true Nicaraguan Cigar; the debut cigar and initial line blended under Master Cigar Maker Nicholas Melillo. A 100% Nicaraguan blend, this cigar is medium-bodied with sweet notes of cedar and spice.

El Güegüense or “The Wise Man” is a true Nicaraguan Cigar

The debut cigar and initial line blended under Nicholas Melillo for Foundation Cigars. A true Nicaraguan puro, each bale of tobacco that goes into this cigar is hand-selected by Melillo with the filler leaves coming from a special vintage crop from years 2011 and 2012. Melillo is personally overseeing production at the Tobacco Valle de Jalapa (TABSA) facility with production being limited to 225 units per day.

El Güegüense is aged in cedar humidors for 60 days before being shipped from Nicaragua, ensuring The Wise Man celebrates the Nicaraguan people, land, and culture.

For five hundred years, Nicaragua has served as a crossroads of cultures, ever since indigenous inhabitants mocked arriving Spanish conquistadors in a colorful, costumed satirical masterpiece called “El Güegüense” (Gwe-gwe-nse), or “The Wise Man.” It is Nicaragua’s signature work of drama, the ultimate expression of its unique history, language, dance, and culture.

This Gran Baile, or great dance, continues today, not only in the form of long-held folkloric performances but in the careful blending of Nicaragua’s tobacco, which is some of the richest, most flavorful filler tobacco in the world. Master blender Nicholas Melillo has worked tirelessly to create and honor the great dance of flavors which you are about to experience in El Güegüense cigars.

Blended by Nicholas Melillo aka Nick~R~Agua