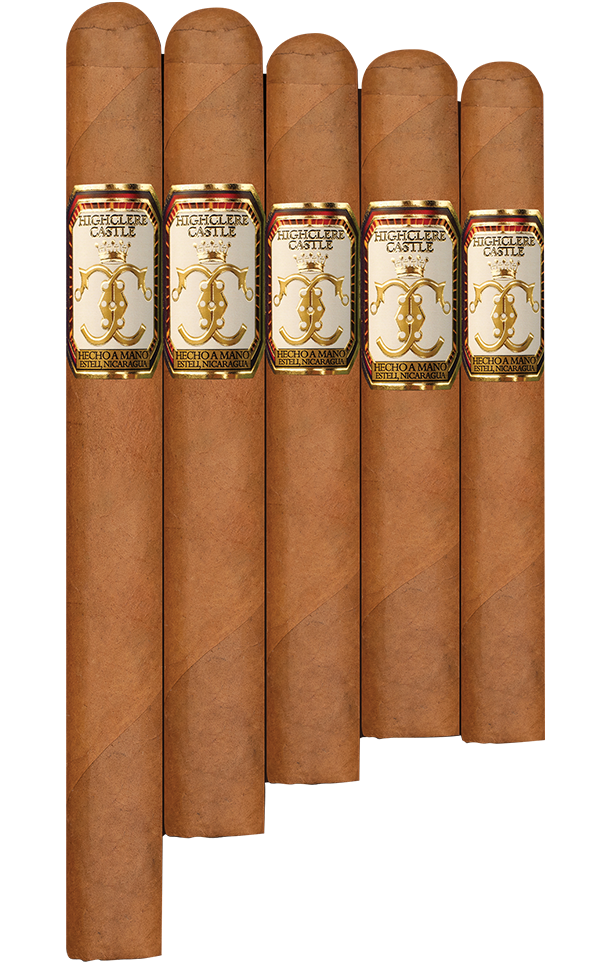 The Highclere Castle Edwardian is hand-rolled in Esteli, Nicaragua, using a Connecticut Shade wrapper, and both Criollo and Corojo from the volcanic soils of Jalapa and the island of Ometepe. The binder is made from Mata Fina, a dark tobacco from Brazil. The blend is finalized with an exclusive hybrid seed Foundation has named Nicadan. The resulting smoke is exceptionally smooth and elegant, with notes of pepper, citrus, leather, and fireplace.

Gobally recognized as the iconic face of the award-winning television drama, Downton Abbey, Highclere Castle is now producing a cigar reminiscent of those enjoyed at Highclere Castle during the 19th and early 20th centuries.

To create and produce the cigar, Highclere Castle Cigar Company has partnered with world-renowned cigar producer Nicholas Melillo of Foundation Cigar Company. George Carnarvon, the current 8th Earl of Carnarvon, owner of Highclere Castle and farmer of the 5,000-acre estate, is an active partner in the endeavor. “Having had the opportunity to visit Nicaragua and tour the tobacco fields and factories where our cigars are made, I’ve gained a deep appreciation for the passion and skill that goes into making a super-premium cigar. The cigar itself is an excellent representation of that, and I think my ancestors would be proud it bears the Highclere badge.”