LAMPERT CIGARS was founded by the lawyer Dr. Stefan Lampert.

The initial idea to create his own cigar brand crossed his mind in 2016 during a vacation in Thailand. Like many other vacationers, Stefan made use of the wide range of tailored suits on the market and wanted to transfer this concept of the tailored suit to a cigar. After all, just like a high-quality tailored suit, every customer has his or her own unique preferences and tastes.

With his brand, he wanted to give customers the opportunity to create their very own handmade premium cigars as if in a laboratory, which is why he named his first cigar line MY CIGAR LAB.

Since the MY CIGAR LAB line was very well received in the cigar world, Stefan was determined to create a cigar that would take cigar aficionados further on his vacation trip and, in addition to the tailored suit, give them the feeling of relaxation and take them away from everyday life for a short time. Various tobacco blends were tried, but only one particularly stuck in his mind. The one with the salty taste.

The blend of this cigar makes you perceive a salty note, reminding you of the sea, which is why Stefan named the cigar OCEAN BREEZE.

To create an even richer and more diverse range of cigars in the portfolio, Stefan looked for more cigar manufacturers in Central America. The choice fell on Nicaragua because of the history of the tobacco, the quality and the great rollers.

It was then that Stefan happened to meet the Ortez family. Stefan and the Ortez family shared thoughts and exchanged ideas about tobacco blends, flavor profiles and shapes. The joint collaboration began and the cigar line LAMPERT 1675 Edición Azul was launched. 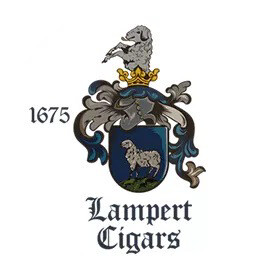 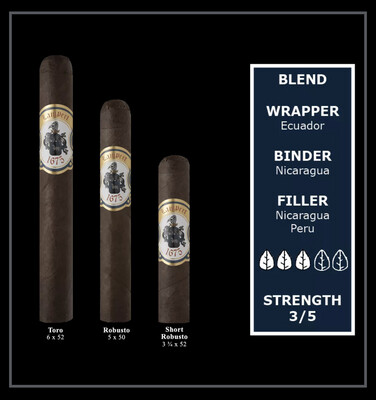 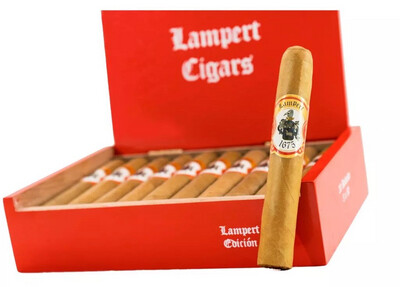